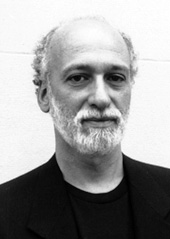 Joshua Brown is executive director of the American Social History Project/Center for Media and Learning(ASHP/CML), professor of History, and co-director of the New Media Lab at the CUNY Graduate Center. Before assuming those duties in 1998, Brown served as ASHP/CML’s Creative Director, supervising the conception and production of the organization’s varied and award winning “old” and new media projects since 1981. Among his past and current ASHP/CML credits are: co-director of the ten-part Who Built America? documentary series; co-author and visual editor of the Who Built America? textbook and CD-ROMS; co-executive producer of History Matters: The U.S. Survey Course on the Web, The September 11 Digital Archive, The Lost Museum: Exploring Antebellum U.S. Life and Culture, Picturing U.S. History, and creative director of Liberty, Equality, Fraternity: Exploring the French Revolution.

A Ph.D. in American history from Columbia University, Brown has been the recipient of numerous awards and grants, including a 2010 Guggenheim Fellowship. He is the author of Beyond the Lines: Pictorial Reporting, Everyday Life, and the Crisis of Gilded Age America (University of California Press, 2002), co-author (with Eric Foner) of Forever Free: The Story of Emancipation and Reconstruction (Knopf, 2005), co-editor of History from South Africa: Alternative Visions and Practices (Temple University Press, 1993), and author of numerous articles and essays on visual culture and U.S. history. In addition, his cartoons and illustrations appear in popular and scholarly publications as well as digital media.