Project: Teaching Bilinguals (Even If You're Not One!): A Video Webseries for K-12 Educators 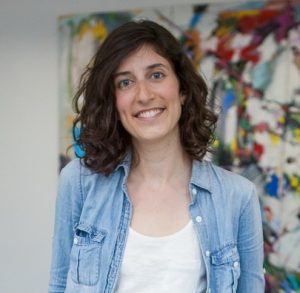 Sara Vogel is a doctoral student in the CUNY Graduate Center’s Urban Education program, interested in the intersection of bilingual education and digital media learning. She is also a Research Assistant for the CUNY-New York State Initiative on Emergent Bilinguals (CUNY-NYSIEB) and an instructor at Hunter College, where she guides pre- and in-service educators to reflect on the theory, research, and practice of bilingual education. Previously, as a Senior Associate at the NYC youth development organization, Global Kids, Inc, she developed curricula for and facilitated digital media and video game design workshops at public schools, and designed and implemented professional development modules for teachers in computational thinking and game design. She holds a Master’s degree in bilingual education from Hunter College (CUNY), and taught technology, and Spanish and English literacy at a public middle school in East Harlem as a Teach for America Corps Member. She also received the Princeton in Latin America Fellowship and the Fulbright English Teaching Assistantship to work in education in Mexico and Argentina, respectively. She has a BA in Urban Studies from Columbia University.