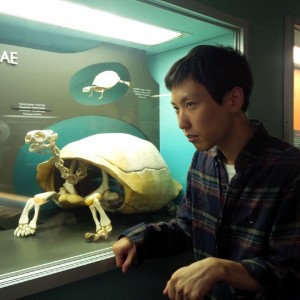 Achim Koh is a student in the MA in Liberal Studies program at the Graduate Center, CUNY. His main research interest is in the history of internet as infrastructure and medium and how this history relates to the shaping of some aspects of the modern South Korean society. He also enjoys getting lost in the intersection of digital technology, education, music and/or contemporary art. Prior to joining the Graduate Center, Achim studied at the School for Poetic Computation; worked as researcher in the Making Lab of the 4th Anyang Public Art Program; worked as translator in Korean, English and French; and co-founded the Seoul-based music performance video series recandplay.net.

In his research he relies on critical media theory and digital tools including data science methods. His project at the New Media Lab involves exploring recent developments in the field of machine learning and providing a tutorial for fellow students. This tutorial will attempt to ease the learning curve for students with less technical backgrounds and to facilitate critical discussion around the technology and its applications.