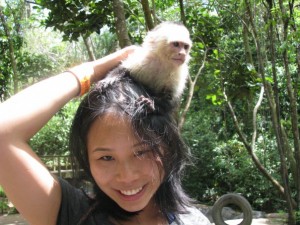 Amy Kwan is currently pursuing a doctoral degree in Public Health at the Graduate Center of the City University of New York. Her research interests are around the food justice movement, the involvement of young people in food activism, and the role of media/technology in social movements. Over the past few years she has worked on numerous public health projects, including conducting qualitative research with South Bronx youth focused on the food environment, school food, and health inequalities. Prior to coming to the Graduate Center, she worked at FilmAid International, a non-profit organizational that uses film and video to promote health and strengthen communities, and the Harlem Health Promotion Center, where she managed the development and evaluation of a community-based health information and social networking website. Amy received her MPH from the Mailman School of Public Health at Columbia University with a focus on community-based participatory research. She first started out at the New Media Lab developing a website for the CUNY Fight the Fizz Counter-Advertising Contest, sponsored by Healthy CUNY. Currently, as an ITP student, she is working on creating and fostering a public health community on the CUNY Academic Commons.