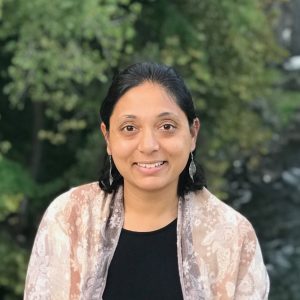 Atasi Das is a doctoral candidate in the Urban Education program. Her research interests include STEM, numbers, urban ecology, critical pedagogy, and transformative activist stance. Atasi’s current research focuses on collaboratively developing critical numeracy across the curriculum- a framework to build and creatively practice numeracy as a social and political activity. She is also the co-creator and co-host of Abolition Science Radio, a bi-weekly podcast series exploring science and math from an anti-colonial stance. She has worked as an educator across rural and urban settings in New York, Massachusetts, Vermont, and Bengaluru, India. She has studied and worked with the Spark Teacher Education Institute in Brattleboro, Vermont developing and advancing liberatory praxis in schools – learning and doing to create an equitable and just world.