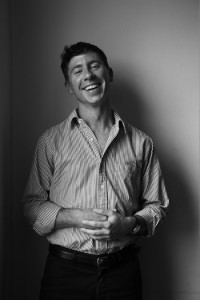 Christopher Baum is a Ph.D. Candidate in the Department of Anthropology at the Graduate Center, CUNY. His research, based on over 15-months of ethnographic research, explores the cultural history, politics, and contemporary regulation of the X-rated film industry in Los Angeles, California. Over the years, he has worked closely with adult performer advocacy organizations and in HIV prevention. His work has been supported by a fellowship from the Wenner-Gren Foundation for Anthropological Research and a research grant from the Foundation for the Scientific Study of Sexuality. He holds an M.Phil. and M.A. in anthropology from CUNY, a B.A. magna cum laude from UC Berkeley and was trained as a filmmaker through the Certificate Program in Culture and Media at NYU. His digital project at the New Media Lab, Bodies on the Line (2012) was a website that brought together scholars and adult industry professionals to generate new knowledge around issues of health and safety in the adult industry, and was awarded a History and Public Health Student Grant.