Project: A Geography of Impertinence 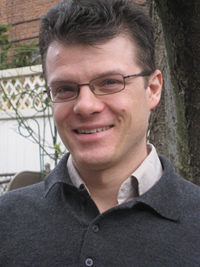 Clayton McCarl is a Ph.D. candidate in the Department of Hispanic and Luso-Brazilian Literatures and Languages at the CUNY Graduate Center, and is also currently completing the Interactive Technology and Pedagogy certificate program. He is interested in transatlantic, multi-disciplinary approaches to colonial Latin America and Golden Age Spain, as well as textual studies and new media. His dissertation research centers around a seventeenth-century Spanish treatise on piracy and contraband. Clayton has taught at Lehman College since 2004, and has worked since 2006 as an instructional technology fellow for the Macaulay Honors College, the CUNY Teachers Academy at Hunter, and Lehman Online. He has also served as editor and technical manager for the online publication LL Journal (lljournal.gc.cuny.edu).