Project: Language on the NYC Subway 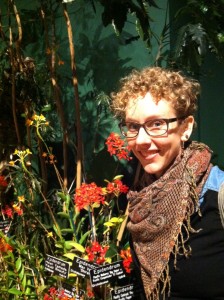 Michelle Johnson is a 4th doctoral student in the Linguistics department at the CUNY Graduate Center. Her interests include how language varieties are intertwined with digital forms of communication, production, and access to knowledge/information, Linguistic Human Rights, and language as connected to place and travel (think MTA, not airplanes).

Michelle is currently researching how groups of people who speak the same (non-English) languages are situated in relationship to the NYC subway system. She is also researching the use of code switching (language alternation) between Spanish and English on twitter, and what educational resources NYC-based emergent bilinguals need.