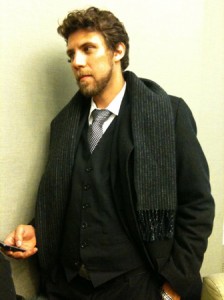 Philip Kreniske earned a Psycholgy Ph.D. with a certificate in Interactive Technology and Pedagogy from The Graduate Center in 2016. His interest in psychology stems from five years teaching in high needs public schools in San Francisco and New York. In addition, Philip taught English and conducted research in the San village of Tsumkwe, Namibia.

Philip’s doctoral work focused on the intersection of technology and education with an emphasis on reflective writing in digital contexts. In addition, Philip was a co-chair for the Center for the Humanities Narrating Change seminar where he maintained the eponymous blog, Narrating Change. He also created a personal blog where he shared experiences as a doctoral student in New York City.

The following are three publications that grew out of Philip’s work with the NML: