Project: The Material Culture of Temperature: A Semiotics of Measurement 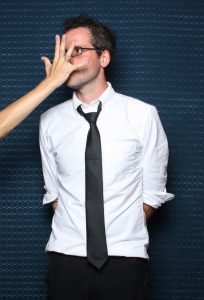 Scott is a Ph.D. candidate in the Anthropology Department at the CUNY Graduate Center, as well as an adjunct lecturer at the Borough of Manhattan Community College. His research focuses on the methodologies and materials employed in the collection of environmental data, examining the epistemological history of climate modeling and algorithmic governance more broadly. He served as a Quantitative Reasoning Fellow at Baruch College from 2014 to 2016. He has conducted archaeological fieldwork centered on historical ecology and conservation in Scotland, Iceland, and Italy. He has had various projects featured in art galleries in New York and Los Angeles over the past decade, including a recent collaboration appearing at the Queens Museum as part of their Chance Ecologies exhibit. In the summer of 2017 he was awarded an Art-Science residency grant from the National Science Foundation and Pratt Institute.