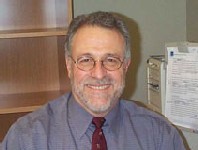 Stephen Brier, the co-director of the New Media Lab, founded (in 2002) currently serves as the Coordinator of the Interactive Technology and Pedagogy Doctoral Certificate Program at the CUNY Graduate Center. He also teaches in the Urban Education Ph.D. program and serves as the college’s Senior Academic Technology Officer.

Brier is a historian of the U.S. working class, with a particular interest in issues of race, class and ethnicity. He received his Ph.D. in U.S. History from UCLA. He co-founded the American Social History Project in 1981 with Herbert Gutman and served as its executive director until 1998. He co-authored, co-created, co-produced and/or edited the Project’s Who Built America? materials.

Brier has published a number of historical articles as well as academic and popular pieces on the impact of new technology on teaching and learning, one which is available online: