Project: Building a National Database on Fatal and Non-Fatal Police Shootings in the US, 2015
NML Award: The Social Justice Award (April 2019) 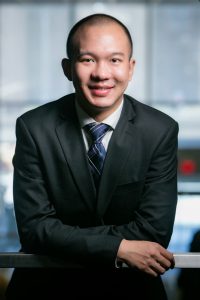 Yuchen Hou is a Ph.D. candidate in Criminal Justice at John Jay College of Criminal Justice/ Graduate Center, City University of New York. His research interests include police use of force, police body-worn cameras, and multi- and mixed-methods research design. Hou, in his doctoral dissertation, aims to identify multilevel factors that may differentially contribute to the opportunities for fatal and non-fatal police shootings in the United States, by using open sources to build a national database on police shootings. As a graduate student researcher in the New Media Lab, he aims to create a website that displays a searchable database on fatal and non-fatal police shootings in the US. Hou earned in July 2015 his Master’s Degree in Procedural Law at People’s Public Security University of China, after receiving his Bachelor of Laws in Criminal Investigation at Criminal Investigation Police University of China in July 2012.