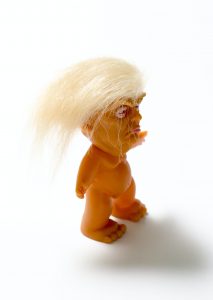 In February, 2017, Donald Trump falsely claimed that an unspecified tragedy had befallen Sweden the night before. While attempting to justify a ban on Muslims entering the US, he suggested that Middle Eastern refugees held hostage the European countries that offered them asylum. “Did you see what happened in Sweden?” He asked. “Sweden! Who would have believed it?” Swedish Twitter users were then stormed with questions about the non-event, and many produced memes or videos depicting Sweden as a low-crime, boring nation, often with a tone of snark toward the president’s mischaracterization of the country. The hashtag, #LastnightinSweden thus sparked a still-ongoing discussion about Sweden’s position in the world, the future of the “Swedish model,” and global refugee protection. Many Swedish responses, including institutional responses, have essentially worked to recuperate the equivalence of Swedish identity with the Swedish model. Pro-Trump, anti-immigrant Twitter users and bots flooded the hashtag with crisis rhetoric, drowning and then driving out opposing views from the hashtag. Chris Zappone, of the Sydney Morning Herald, reported on the “weaponized narratives” marking an attempt to re-brand Sweden, via Twitter. “Either you believe Sweden is on the verge of collapse under the strain of rapist immigrants, or you see Sweden as one more European nation coping with the challenges of the modern world” (Zappone). In anticipation of this development, a group of photographers in Sweden produced an anthology of images by Swedish photographers depicting a typical Swedish afternoon, published separately in Swedish and English and sent as an open letter to the US president.

This research asks how Swedish responses have affirmed forms of Swedish identity, and how these affirmations have been constrained by the online spaces hosting them, conflicting values among users, and later events. I argue that #lastnightinSweden created a transnational space to recuperate an equivalence between Swedish identity and social democracy, and to reflect upon and reformulate Swedish approaches to mass refugee resettlement and its challenges.

My project examines this hardcover response as a mode of intervention in the formation of transnational rhetorical publics and their emphasis on affect as identity and appropriate relation to fact. Work at the New Media Lab involves learning the tech skills to sift through a massive hoard of extracted tweets and thinking through ways of presenting an analysis through interactive design.