Graduate Student Researcher
Started at the NML: October 2018ashleymarinaccio@gmail.com#the_ashstagram on Instagram@ashmarinaccio on Twitter 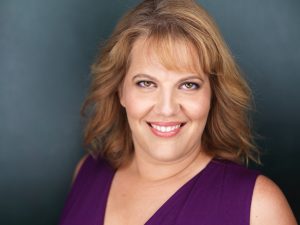 Ashley Marinaccio is a director, writer, performer, and filmmaker who creates work that challenges the status quo. She is dedicated to documenting the socio-political issues that define our times. Ashley is a League of Professional Theatre Women Lucille Lortel Women’s Visionary Award recipient for her artistic direction of Girl Be Heard, a theatre company that brings global issues affecting girls center stage by empowering young women to tell their stories. She’s a TED speaker. Her theatrical work has been seen off-Broadway, at TED conferences, The White House, The Apollo, United Nations and on tour throughout the United States and Europe. Her work has received critical acclaim from The NY Times, New Yorker, Huffington Post, Ms. Magazine, Ebony, NY Press, Time Out NY, Backstage, Show Business and has been featured in segments on Buzzfeed, NBC, BBC, Al Jazeera, MTV, VH1 and NY1. Ashley has traveled extensively throughout the world as an artist, researcher and teacher.

Currently, Ashley is working on her Ph.D. in Theatre and Performance at the CUNY Graduate Center. Her research interests include exploring theatre practices in war zones, applications of theatre in social justice movements, politics and performance in times of crisis, community-based theatre, intersections between anthropology and theatre, and documentary theatre.

Ashley holds her M.A. in Performance Studies from NYU’s Tisch School of the Arts and BA in theatre directing and sociology/anthropology with minors in women/gender and Middle Eastern from Pace University. She is a member of AEA,  SAG/AFTRA, League of Professional Theatre Women and American Anthropological Association.