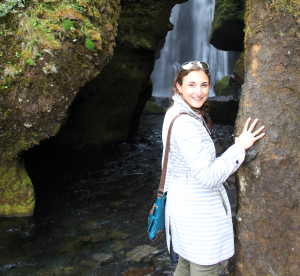 Nora Goldman is a 3rd year doctoral student in the Linguistics Department at the CUNY Graduate center. Her research interests include the relationship between language and power, language’s role in ethnic and gender identity construction, and computer-mediated communication. She also dabbles in language documentation, formal semantics and pragmatics, and computational linguistics.

Nora is currently researching gender and linguistic variation in feminist discourse on Twitter. She can often be found trying to convince a classroom of undergraduates how cool language can be.