Language and Gender in the Online Feminist Movement 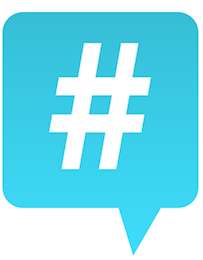 When the Internet first became publicly available, some theorized that it would serve as an equalizing medium of communication. If we have no visual or audio cues when communicating, the thinking went, all of our prejudices and insecurities related to our social identity become irrelevant, allowing for a truly egalitarian linguistic exchange. However, it was soon argued—and continues to be—that computer-mediated communication (CMC) exhibits the same stereotypical gender patterns as any other mode of communication. Herring (1994, 2000), for example, characterizes men’s online communication as more “adversarial,” while women’s CMC is more concerned with “supportiveness” (ratifying others’ utterances) or “attenuation” (weakening the force of a statement). The goal of this project is to test these generalizations on a Twitter corpus using quantitative methods.

Mark Edward Phillips at the University of North Texas has archived over 2.8 million tweets marked with either the “#yesallwomen” or “#notallmen” hashtag. I am conducting an analysis of these corpora (in addition to an unfiltered corpus of tweets that are more representative of all Twitter data) to understand what stylistic patterns emerge in feminism-related discourse. These patterns may include markers of politeness like “please,” “thank you,” or “I agree,” instances of hedging like “kind of” or “I think,” or frequency of nonstandard forms like “dont” or “thanx.” New, unexpected tendencies may also appear, shedding light on how “gendered” speech is manifested in this unique young medium.