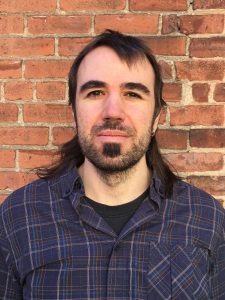 His research focuses on documentary cinema, contemporary Spanish and Latin American cinema, and the intersection of arts and politics within the neoliberal crisis, which he analyzes through the lenses of critical theory, decolonial theory, film and media studies and cultural studies. His recent publications feature, among other topics, Central American cinema, and contemporary Spanish documentaries in the post-crisis scenario.

Pedro has taught courses on Spanish language and Spanish and Latin American film in Hunter College and Brooklyn College. He combines his work as an academic researcher and instructor with his career as a filmmaker. His filmmaking allies with the politics and practices of social movements, benefiting from an insider’s perspective. His work has tackled issues related to migrant youth in the Spanish education system and historical memory after Franco’s dictatorship in Spain. Other nonfiction projects include portrayals of artistic practices and actions undertaken by migrant justice movements throughout New York City.

As recipient of the 2020 Mellon Public Humanities Fellowship, Pedro is currently working on a project related to mutual aid, critical media and audiovisual memory in partnership with migrant communities in New York City.