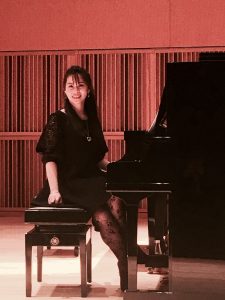 Sissi Liu is a Presidential Research Fellow and PhD Candidate in Theatre and Performance at the Graduate Center, CUNY. Her doctoral dissertation, titled “Wukongism, or Shapeshifter Consciousness: Monkey King, Kungfu/Jazz, and the Performing of Asia/ America,” offers one of the first non-Western conceptual frameworks to examine cross-cultural theatre and performance. Her research on musical theatre, Asian and Asian American performance, digital musicology, and queer fashion is published or forthcoming in venues such as Studies in Musical Theatre, Asian Theatre Journal, Performance and Spirituality, edited volumes The Routledge Companion of Contemporary American Stage Musical, and Get Up and Play: Taylor Mac’s A 24-Decade History of Popular Music, among others. Her chapter in the edited volume iBroadway: Musical Theatre in the Digital Age (Palgrave, 2017) contributes a study on the previously unexplored topic of digital musicology of Broadway musicals, and explores alternative ways of canonizing the Broadway musical. Her chapter “Modern Musicals in Asia: China” in The Routledge Handbook of Asian Theatre (2016) offers the very first overview of modern Chinese musical theatre in the English language.

As a composer she was trained at the Juilliard School, where her compositions and orchestrations were performed by prominent instrumentalists. As a theatre director and dramaturg, she has worked on productions at Carnegie Hall, Time Square Alliance, PS 122, the Martin E. Segal Theatre, among others. She is the co-founder of Shero Machine, a New York based jazz ensemble that advocates operas and music theatre works by women and minority composers. At the New Media Lab, she integrates her expertise in Broadway musical theatre and her training at the GC Interactive Technology and Pedagogy Certificate Program to create a digital pedagogical tool to visualize the Broadway Song Machine.