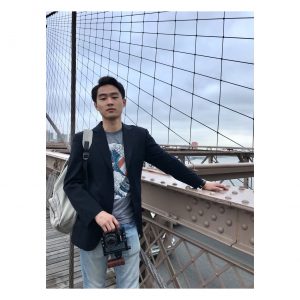 Tian Leng is a graduate student in Liberal Studies with a concentration in Film Studies at CUNY Graduate Center. He is a video editor, cinematographer, sound designer, and photographer based in New York City. His research interests include documentary studies, poetic film, film theory, sound studies, and national cinema. His current research addresses filmmaking as a creative and pedagogical practice and focuses on montage theory and surrealism. He is a member of The Society of Motion Picture and Television Engineers.