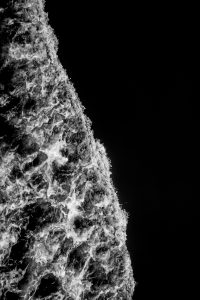 This video channel The Poetic Mode hosts an original series to explore the interaction between the visual, aural, and textual components of the poetic mode of filmmaking. This project considers filmmaking as a knowledge-making practice that directly studies the poetical quality in this mode.

Each poetic film links to a specific film movement in history and adopts its language through cinematography, editing, lighting, sound mixing, and digital visual effects. This project focuses on four historical film movements: Soviet montage, surrealist cinema, German expressionist cinema, and Italian neorealist cinema. This channel aims to search for interactivity within the hybrid of poem and film and, generally, the role of narration and sound with regard to textuality, lyricism, and narratology.

Part I Soviet montage investigates temporality, rhythm, flow, metaphors, and symbols in the editing of the poetic mode. Part II Surrealism continues the discussion on dialectic and (ir)rationality in Part I and enters the realm of fantasy, dream, and reality. While many theorists and practitioners often encounter issues with using metaphors or symbols in surrealist films, Part II places emphasis on clarifying the dynamics of juxtapositions and combinations in surrealism. Part III Expressionism utilizes the devices of lenses, composition, and colors in filmmaking to address the common topics of perception and subjectivity, which also exist in the study of poetry. Part IV Neorealism mainly questions the objectivity and challenge the borders that divide documentary from fiction in this poetic mode.

The project’s website is to provide documentation and exhibition of this practice-based film research. The channel will be available on YouTube.