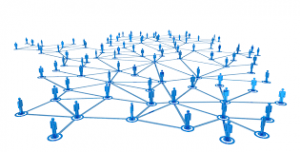 Alternative Discourses seeks to understand the recent rise of the alt-right, a decentralized right-leaning movement that began largely in North America, and its intersection with emerging technology, particularly with the global social media ecosystem (Daniels, 2018; Stern, 2019). Recently, right-wing extremism has used social media platforms to organize their rallies (e.g. Charlottesville), to broadcast their acts of violence on the internet (El Paso, Taxes; Pittsburg, Pennsylvania; and most recently Halle, Germany), as well as to recruit young people (Lewis, 2018). Little is known about the social mechanisms on how the alternative right (alt-right) communicate with their target audience on social media, and how this affects their audience. In order to answer those questions, this research project brings together computational social science approaches and qualitative research methods.

Social media platforms such as Twitter and Facebook have increasingly played an important role in generating and disseminating political discourses. In response to violent and harassing content, mainstream social media platforms have explored various forms of content moderation to rule out hateful content. For example, Twitter’s rules prohibit violent threat, violent extremism, hateful conduct, and child sexual exploitation amongst others (Twitter, 2019), while Facebook removes content that “encourages real-world harm,” which might incur “physical, financial, and emotional injury” (Facebook 2019). Part of this censorship process has led to the banning of some right-leaning extremist users (Berger, 2018) and the removal of their accounts. Some of those who were banned and those who felt that their voices were censored have sought out other avenues such as Gab. Gab is a social media platform, which claims to stand for freedom of speech and individual liberty, and most importantly has little content moderation because the platform aims to “not punish users of exercising their God-given right to speak freely” (Gab 2019). As such, Gab has become well-associated with and used as a social media platform for the alt-right. This research project aims to investigate the discourses generated by Gab users, its users’ network structures, and the nature of information sharing on Gab for the period between 2016 and the present.