Extreme Makeover: Producing Extreme Homes Reproducing Ideal Citizens examines the reality television program Extreme Makeover: Home Edition (EMHE). Situated during a time of war and recession, each week, a “deserving” family is chosen and their home receives a makeover. Yet, in most cases, the family’s home is not re-made; but instead, destroyed and completely rebuilt during a week-long production that is shown to viewers over an edited hour-long episode. The show, part of a larger popular phenomenon of reality TV makeover programs, aims to uphold the myth of the American Dream through reaffirming the resiliency of homeowners and remaking of the nation’s citizens’ through their homes. Additionally, the program’s storyline adheres to the neoliberal agenda of providing private solutions to public issues, such as the series of post-Hurricane Katrina episodes, which aired nationwide, when destroyed homes received EMHE makeovers.

The show portrays diverse identities; yet, regardless of identity, a solid middle class home is created on the space where a non-middle class home once existed. Although show designers honor the family’s individual identities by including items that are specific to the family’s culture/heritage, in the “remade” homes, EMHE aims to erase difference and to show viewers that, regardless of who you are and the barriers that exist in your life, you and your family can obtain a middle class home/lifestyle. In fact, everyone can literally own the items that make up the home as they are made available by the Sears department store that is located in nearly every town.

While in the New Media Lab, I am working with hundreds of hours of audio recordings from interviews I conducted while on the set of the actual makeover during June 2008 in Poolesville, Maryland to produce a short audio documentary that looks at the how a particular kind of person – a middle class, do-it-yourself, patriotic citizen – is created through the remodeling of a home.

Outside the Lab, I am focusing on using my data to extend theories of spatial governmentality to reality television – to integrate media and geography theories. I presented an early version of my audio script at the “Big Reveal: Lifestyle TV” conference in Brighton, UK in May 2009 and I will be presenting a final version at the Association of American Geographers Conference in Washington, DC in April 2010. 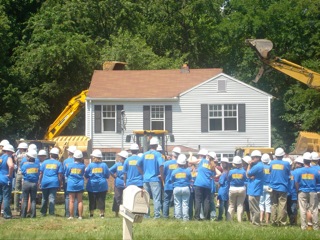 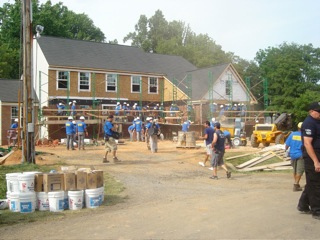 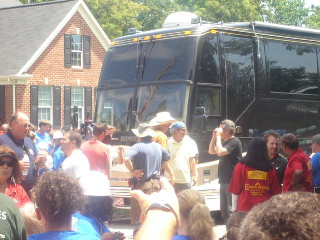 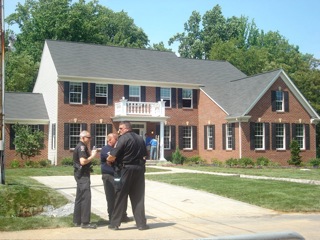