Reimagining what it means to be Black in US: Family cultural socialization practices that shape racial identities among diverse young adults 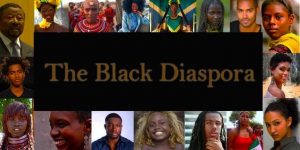 The black population is rapidly changing and transforming our previous definitions of what it means to be black in America. According to a recent census report, the black population is both growing and becoming increasingly diverse (Greer, 2013). Contemporary immigration has resulted in shifts in traditional racial and ethnic categories and how individuals identify racially and ethnically within the United States (Lee & Bean, 2004; Nagel, 1994). Despite these changes, challenges remain with how race and ethnicity are viewed. Historically race and ethnicity in the US have often been used as rigid constructs to define identities and histories of groups of people. Yet, many individuals’ experiences do not fit neatly within the confines of these constructs. Race and ethnicity are constructs that often overlap, especially for people of color, but speak differently to ancestry and inhabited cultural spaces and practices. When these two constructs are conflated, the specificity of ancestry, regional and cultural differences are lost. These rigid views on race and ethnicity are often visible in social science research and leads to the neglect of important cultural experiences and histories in the literature on identity development. Some scholars have noted these limitations (Nagel, 1994), but there continues to be a dearth in the literature that captures the importance of diverse cultural contributions.

Family cultural socialization practices and the racial ideological scripts that accompany them are dependent on the cultural context in which they take place. Because the black population in the US has seen significant growth within the last three decades, this warrants new explorations into the academy’s understanding of contextual factors that contribute to the development of black identity. Black families in the US are more diverse than ever, with many blacks identifying as first and second generation. A Pew Research Center survey of Latino adults shows that one-quarter of all U.S. Latinos self-identify as Afro-Latino, Afro-Caribbean or of African descent with roots in Latin America (Pew Research Center Survey, 2016). Additionally, the AfroCaribbean population in the US has increased by 33% since the year 2000 (Pew Research Study, 2015). Families and individuals who migrate from different regions and cultural contexts will most likely have transnational understandings of race that likely reflect the ideologies of their countries or nations of origin. Thus, black individuals hailing from cultural contexts abroad may understand their racial identities and the salience of race differently than black Americans whose developmental experiences and understandings of race come solely from a US perspective. Examining identity as it is influenced by family cultural socialization practices that often change or adapt in response to migratory experiences can contribute to understandings and embodiment of blackness across diverse cultural contexts.

The aims of this study are threefold. First, this study aims to highlight social developmental experiences of diverse black Americans that have largely been absent from the literature. To achieve this, I aim to explore identity development for members of the black population at the intersection of race, ethnicity, class, and social context. Second, this research aims to examine how family cultural socialization practices shape racial and ethnic identities. Racial identity is explored as a consequence of family cultural socialization practices that are shaped by the social and cultural context in which individuals are embedded. Third, this study will explore the active stance that black individuals take by participating, negotiating, and recreating their racial identities. This will be achieved by examining the meaning that black individuals attribute to these agentive acts and how it impacts their navigation of their social worlds.

To highlight black individuals’ social developmental processes this study will utilize social practice theory as a framework. This study will also draw from the historical tenets of sociocultural theory and bioecological models that advocate for attention to be paid to multiple social institutions that provide the foundation for the material and intellectual tools that assist human development. Using this conceptual framework, the focus of this study takes on an intersectional approach like those adopted by CRT and LatCrit. The intersectional focus that these epistemological frameworks provide are congruent with the culture and life experiences of prospective participants and increase the potential for participants’ diverse experiences to be accurately measured. Additionally this study focuses on the ways in which black individuals cross cultural boundaries and the variations within their experiences across multiple contexts that are often neglected when constructs such as race and ethnicity are conflated. Because members of the black population share unique developmental experiences that are most often not experienced by their white counterparts, this study will undoubtedly reveal the interactions of racism, sexism, classism, and other oppressions playing a role in identity development for black individuals.

Black racial identity development is the unit of analysis in this study, but to understand this construct, this study must include the meaning black individuals’ attribute to the very cultural practices that facilitate these developmental processes. Family cultural socialization practices are the cultural tools and artifacts that fundamentally influence learning and development and are the mediators of psychological processes. Therefore, to understand the development of black racial identity, we must view it as a practice or set of practices that facilitate this growth.

This study will explore how participants navigate the complexities of their identities and the sociocultural contexts in which these identities develop, thus contributing to the growing literature on the significance of socially constructed identities (Abes, Jones, & McEwen, 2007; McEwen, 2003; Jones, 2009). To achieve this, I will focus on participants’ understandings of the historical and contemporary social contexts that shape identity development. This examination will include how black individuals ascribe meaning to master narratives of blackness. These personal revelations may also reveal how views of blackness impact their life opportunities, quality of life, and how they engage in practices shared within the family.

In depth, qualitative interviewing is very important in gathering these stories and can help identify ongoing social processes (Rubin & Rubin 2011). These personal narratives will be their understandings of the complexities of identity development that allows for a process of self-authoring, where participants can maintain control of how their personal ethnic and racial identities are viewed and analyzed. As participants build on their own individual narratives of their familial context, these stories may highlight the impact of wider, institutional and historical aspects that shape their family practices and the meanings that are relayed through these interactions. Exploratory studies that are descriptive in nature allows researchers to focus on the frequencies in which certain behaviors or practices occur and the meanings that are derived from them.  Open-ended questions will capture a broad range of individual understandings of their racial identities.

Additionally, to assess the prevalence of specified dimensions of ethnic racial socialization, this study will utilize scales that have already been developed and tested for reliability and validity. Participants will be interviewed and audio data will be collected over a three-month period. Interview questions will focus on social factors such as class, race, ethnicity, gender, and family dynamics that influence the interactions, practices, and messages in the home and how participants see themselves as a result. These interactions play an instrumental role in how individuals understand blackness and how they perceive their racial identities.

After completion of the one- on- one interviews, focus groups will then be conducted to allow participants to apply local knowledge and authorship to subjects where they have often been excluded. Historically, social scientists have often neglected local knowledge and replaced it with scientific categories that asserts power over communities and deemed them voiceless with claims of authority. With control over authorship, social scientists maintain control over discourses. To utilize focus groups allows for a critical disruption of who maintains and constructs these representations (Holland et al., 1998).

The information generated from these interviews and focus groups will be used to produce an ESRI story map, also known as a user-friendly web application that showcases context-building visuals. Online story maps gives participants authorship and control of the narrative experiences that they determine are representative of normative developmental experiences in black households. Additionally, story mapping allows participants to combine the stories of their lived experiences with images and multimedia content and share it in a space that is accessible to multiple groups. This gives participants agentive control over their experiences and provides access to work produced by systems that have historically excluded marginalized groups from research that analyzes their cultural experiences.

This study requires the participation of young adults who identify as African-American, Afro-Caribbean, and Afro-Latino between the ages of 18-35. Young adults have surpassed a time of experimentation and commit to social and adult roles found in social structures of family, work, and community. This study focuses on how these young black adults commit to and articulate their participation in these social adult roles, and possibly how they communicate and define these roles within their own families as parents and caregivers.

Finally, this study aims to build on prior scholarship and expand how the social sciences understand blackness, or more specifically, black identity development in the growing black population throughout the US. This study will explore identity and the meaning that is attributed to family cultural socialization practices that shapes black racial identity. To this end, the study will address the following questions:

Q1: How does the development of black identity vary across cultural groups?

Q2: What messages are shared within the family about black identity and have these messages changed across time and context?

Q3: Which different social systems do participants identify as impacting their racial identity?