Rendering inhabitable the nonhuman temporality of the digital culture 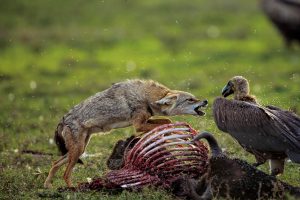 Theoretical foundation of the project on the new forms of time

Digital culture opened up new possibilities of forming and experiencing time. I analyze this change by taking into consideration normalization of social media timelines and their refashioning of cultural life due to the new speeds generated by the agency of algorithms in selecting content and composing series of feeds. This change in the mode of time can be understood by complicating the linear narrative of acceleration, famously put by Marx as the annihilation of space by time.

First, present is immensely expanded and networked due to the decentralized and distributed formations of feeds based on the algorithmic capacity to produce singular timelines for each user. Second, past is increasingly becoming the material of new forms of content-generation, feeding the data-hunger of new digital new environments. Third, future is becoming political site of probabilistic calculation as distributed population behavior is increasingly put under the sway of algorithmic prediction.

Documenting and engaging the series of time-based transformations

Drawing on this theoretical perspective I developed in my dissertation, at the New Media Lab I wanted to collect and organize examples to show emerging temporalities of digital culture. The fundamental everyday rituals of social life ranging from salutations to mourning are acquiring new forms and intensities as they are carried through digital platforms.

An example that illustrates modification of everyday social time;
“The Internet Is Filling Up Because Indians Are Sending Millions of ‘Good Morning!’ Texts”

Another example to illustrate political stakes of the control of micro-temporalities through social media timelines:
“Facebook reveals news feed experiment to control emotions”

I believed that insofar as these practices are collective experiments to humanize and modulate the new nonhuman speeds of the digital culture, their peculiar transitional forms bear witness to fundamental changes affecting the very constitution of social relations in digital times. I applied this conceptual work on the temporality of social media timelines in my classes on the “Peopling of New York City” through group accounts on Instagram.

Here are some examples from Macaulay Honors Seminar taught during Spring 2021 :

In this work, my goal was to underline that the possibly alienating aspects of digital culture, such as its nonhuman speeds, are actually opening new possibilities of familiarity. We observe these nonhuman speeds in the algorithmic serialization of extremely varied types of massive amount of content on personal social media timelines. This constitutes one of the most important formal novelties of digital culture.

These class accounts actively joined in this work of serialization and re-temporalization of different kinds of material ranging from ethnographic observations and scholarly articles to films and television productions, from documentaries, to sound-recordings and posts by other social media users pinned to specific public locations of New York City. In this way the so-called division between analog and digital worlds is criticized and the normalized and creative experiences of digital time is explored in its diverse forms.

Each semester, the class accounts ended up creating digital archives of student work. During the pandemic students often had to work at a distance and expressed the dulling effect of zoom-meetings. By opening up a space and permitting relatively free use of cut and paste, editing and commentary, I believe these accounts had changed the affective texture of the virtual classroom. Using an array of multimedia not only as resource but as tools of reflection, commentary, presentation and artistic expression I think the incorporation of Instagram into the course-structure had helped me achieve the learning outcomes defined for this class, namely, the introduction of qualitative social scientific research skills such as scholarly criticism, hermeneutic interpretation, historical contextualization, archival and ethnographic data-collection.