The Lung Block: A New York City Slum and Its Forgotten Italian Community 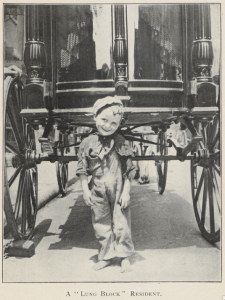 In the first two decades of the twentieth century, New York City’s Lower East Side experienced the greatest increase in density and diversity of anywhere on earth. In less than a hundred years, what once was a residential area popular with middle- and upper-class white Anglo-Saxon New Yorkers had turned into a neighborhood known throughout the world for its peculiar urban geography: in its 1,200 acres, divided into 450 blocks, the Lower East Side encompassed people and cultures from around the globe.

Old, cheap housing stock and tenements, the run-down and often congested apartment houses typical of poor sections of large cities, catalyzed immigrant settlement in the area. Life in these typically overcrowded immigrant neighborhoods was a source of ceaseless fascination to popular culture and the press, which reinforced the slum as a synonym for moral degeneration in the nation’s imagination. The much-reported prevalence in working-class immigrant enclaves of dreaded infectious disease such as tuberculosis, typhoid and cholera further polarized the city. 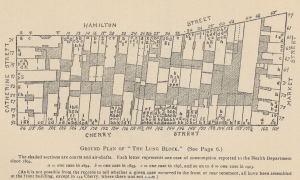 During the Tenement House Exhibition of 1900, the city block on the Lower East Side bounded by Catherine, Market, Cherry, Hamilton and Monroe Street was erroneously characterized as “deadlier than any other block in town.” In 1903, social worker and future novelist Ernest Poole’s sensationalistic depictions branded the area “the Lung Block” after its reputedly high rate of tuberculosis and depicted it as one of the most notorious slums of New York City. According to the press and the progressive reformers, the Lung Block represented a locus of disease where unsanitary, plague-ridden tenements infected their occupants, simultaneously depicted as vectors of a deadly disease that could quickly escalate in an epidemic involving the entire city population. 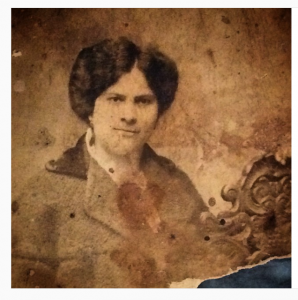 What the records of the city’s Board of Health, Sanitary Committee and other archives show, however, is that the so-called Lung Block was by no means the most disease-ridden in the city. Additionally, the arrival of the much-maligned southern Italians in the early 20t​h​ century marked a period of decline in rates of disease in the block. The emphasis on the Lung Block and its residents’ alleged infectious degeneracy provided a pretext for slum clearance and gentrification of the neighborhood.

This online exhibition juxtaposes the popular narrative with the lived experience of the local Italian community. Starting from the famous controversies that ensued in response to proposals by reformers to eradicate tuberculosis by razing the block and replacing it with “Hamilton Park” and culminating with Fred French’s construction of Knickerbocker Village in 1933, the exhibition brings to light public records, maps, journals, photographs and other artifacts to expose the discrepancies in the popular narrative and examine motives and results of the slum clearance efforts in and around the Lung Block.